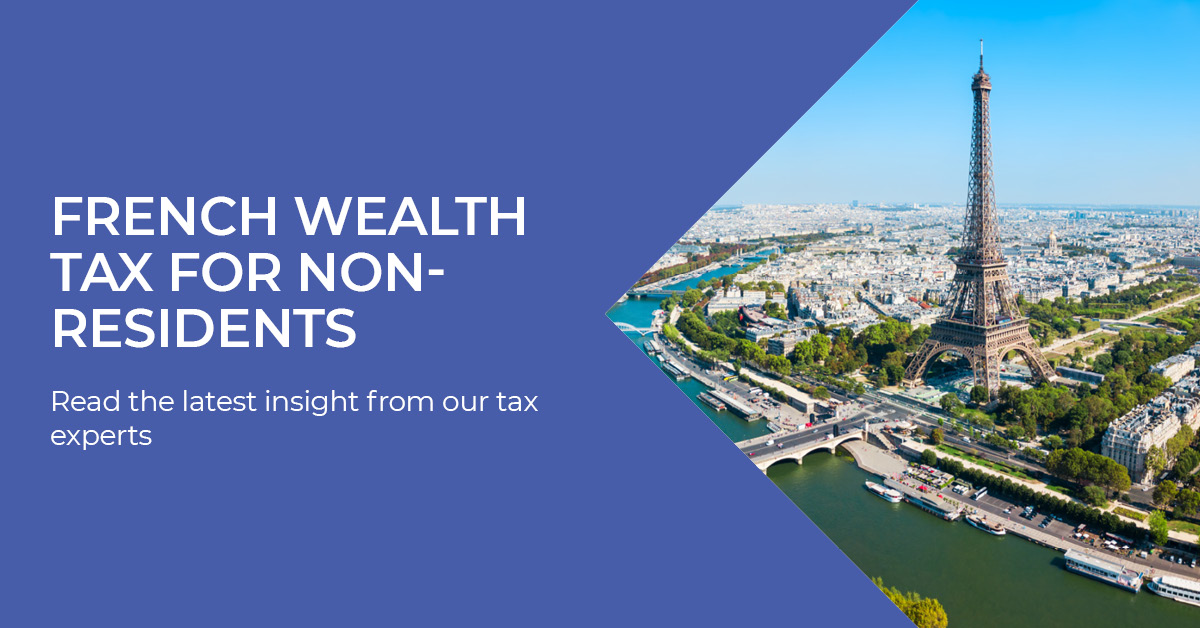 In 2018 France replaced its previous wealth tax with a wealth tax that applies to real estate assets only, the so called “IFI” (Impôt sur la Fortune Immobilière). There was some uncertainty initially around the question of deductible debt and the qualification of exempt real estate assets. This note sets out the current position two years on since the introduction of the IFI.

As a background, IFI applies to individuals. Non-residents are subject to IFI in relation to real estate situated in France that they own directly or indirectly when the net value of such assets reach a threshold of € 1.3M.

Shares in companies owning real estate are considered real estate assets to the extent of the value of the underlying real estate. All companies owning property in France, whether French or foreign, listed or not, are concerned even if the real estate does not constitute the majority of the company’s assets. Indeed, the notion of “prépondérance immobilière” which previously determined a shareholder’s wealth tax liability has been abandoned.

Properties which have a commercial or business use are exempt. A qualifying business activity for the purposes of the exemption is defined as an “industrial, commercial, artisanal, agricultural or professional activity”. This definition is relatively narrow and, as an example, the unfurnished rental of premises, even under a commercial lease, is not considered as commercial within the meaning of the law.

The law has introduced certain limits on the deductibility of debt in order to avoid the artificial reduction of the taxable base. Interest only loans (so called “in fine” loans) are now treated as if they were amortized annually. Certain family loans are no longer deductible unless it can be demonstrated that these are contracted at arm’s length and not motivated by tax reasons. For high value properties (above €5 M) there is a cap on the amount of debt which can be deducted.

When the IFI was introduced in 2018, the deductible debt restriction for interest only loans applied to loans contracted directly by the tax-payer and linked to the real estate. Those who owned real estate through corporate structures could deduct them in full when calculating the net value of the shares as the debt was contracted by the company and not by the tax payer. This was an oversight by the legislator and the Finance Act for 2019 extended the restriction to companies. As a result, interest only loans contracted by companies to purchase taxable assets are now treated as if they were amortized annually in the same way as loans contracted by the tax-payer directly.

The question of shareholder loans and whether these can be deducted in the valuation of company shares has been debated. In principle, they continue to be non-deductible in line with previous rules, but there are certain exceptions. If it can be demonstrated that the shareholder loan was contracted at arm’s length and not contracted mainly for tax reasons, then it may be deductible. However, the anti-abuse rules give large room for interpretation and each case must be considered individually to determine the treatment of shareholder loans.

Non-residents need to consider relevant tax treaty to determine if France has the right to tax. In the absence of treaty provisions, French internal rules apply. If tax is due, then the declaration needs to be filed around mid-May 2020 (the exact deadline is not yet communicated by the tax authorities) and it is the situation as at 1 January 2020 that will be considered for the assessment of tax.

The current tax rates are set out below.

Disclaimer: This briefing note is intended to provide a broad overview of the technical position as currently stands and is not intended to be comprehensive. This should not be treated as legal advice and formal advice specific to your circumstances should always be taken.

Total No. of Visitors